Nike Art were 2 consecutive commissions in the same year. First of all Nike approached me to participate in a live event at Cargo, the music venue in Shoreditch. I was asked to create a football inspired artwork in 90 minutes. I was given a board on the shape of a football field and an opponent artist, Jeff Bowman. This was one of many events held in London for Nike coinciding with the World Cup, part of the Art of Football, run by SHOWstudio and YCN.

We were given freedom in how to approach the artwork as long as it was football inspired. For technique I chose to combine painting with collage, using fridge magnets and letraset. For the subject I decided to make fun of the game. I drew a centaur football player who is kicking his own head while holding the ball in his hands, as a blatant parody. Even though I felt my theme could have been controversial I received great feedback. The audience enjoyed seeing the piece take shape and the absurd quality of the character.

I was pleasantly surprised when a few weeks later Nike commissioned a 3 x 3 m mural for their pop up store at Wimbledon during the tournament, the Art of Tennis. Tennis Training Machine is a playful reflection on the English traditions that surround tennis and its pinnacle event. After the championship, the artwork was donated to the Lilian Baylis Old School. 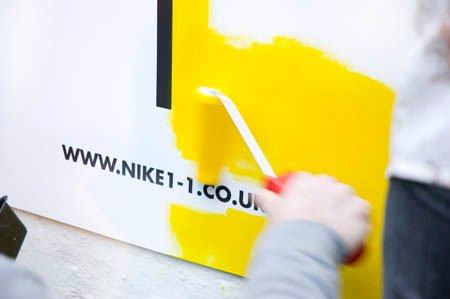 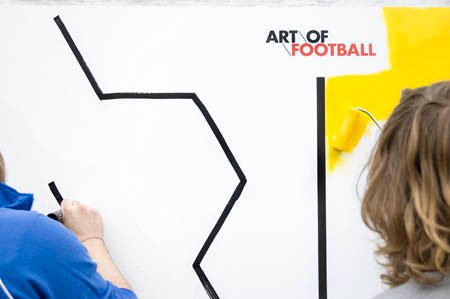 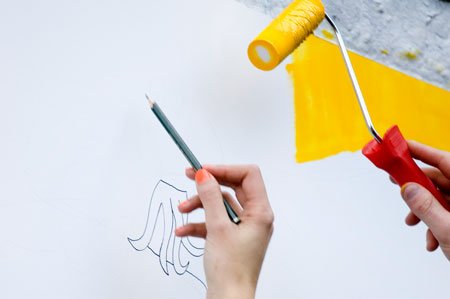 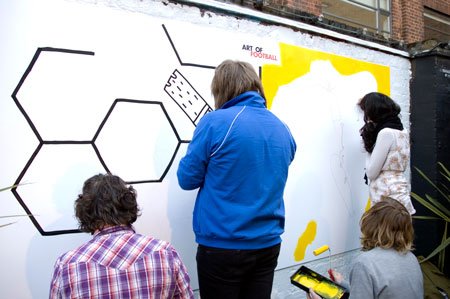 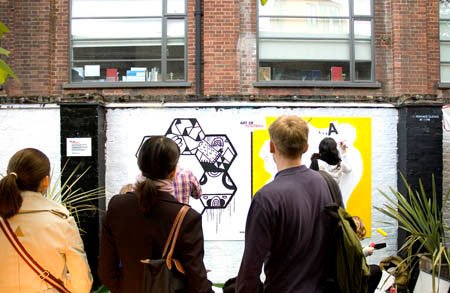 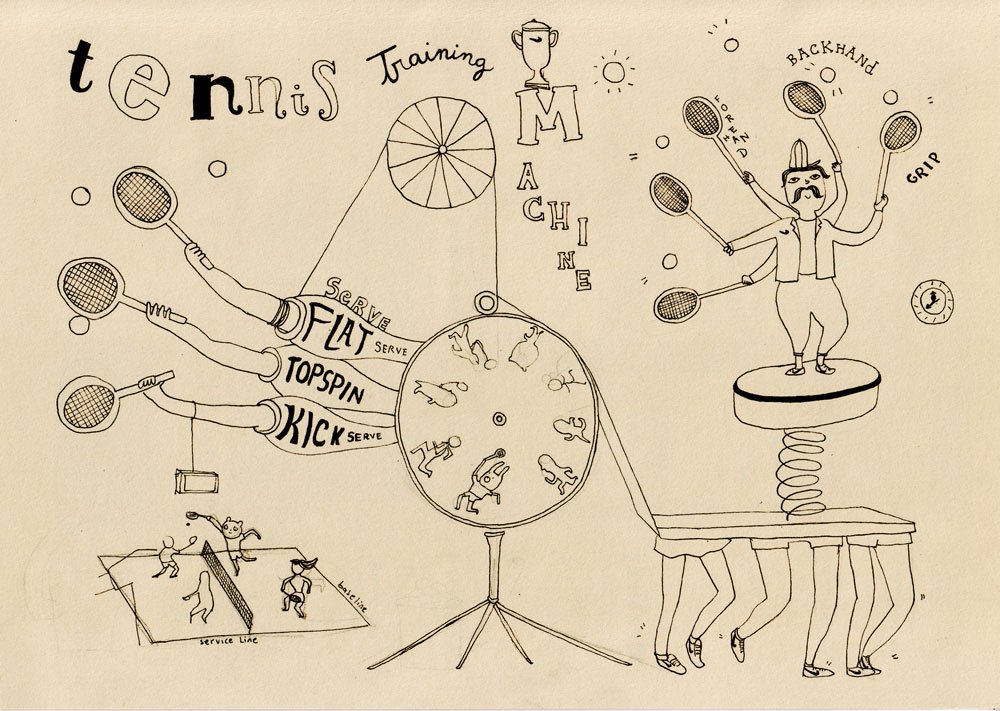 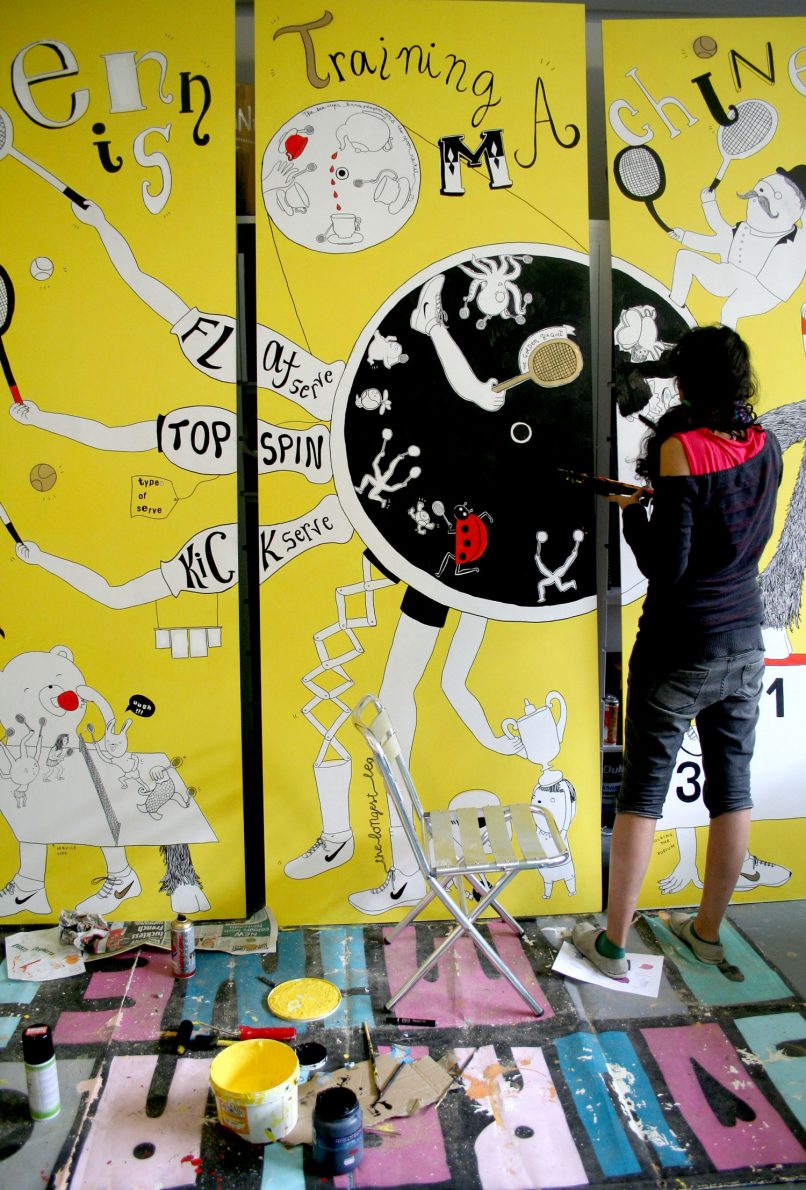 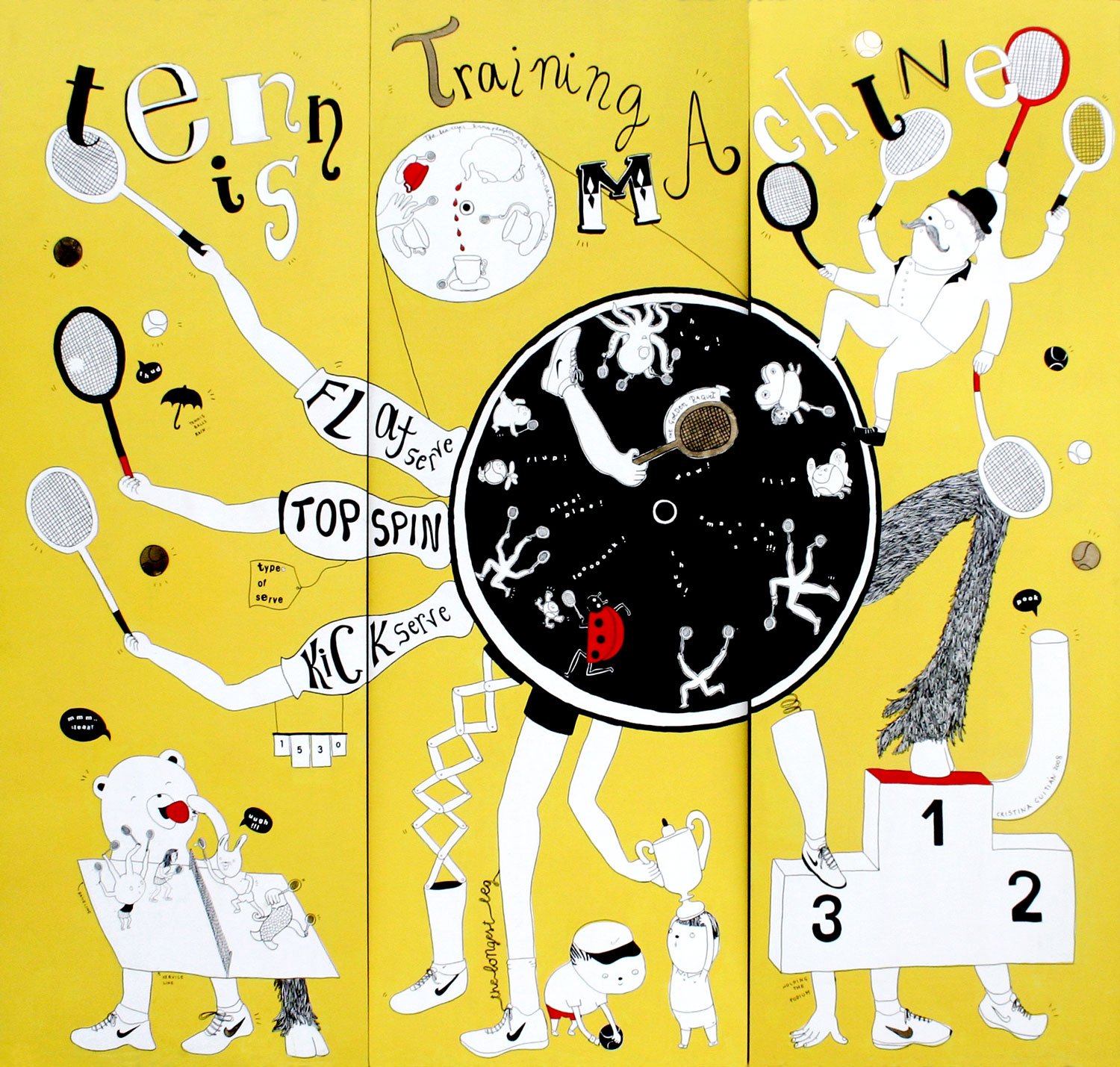