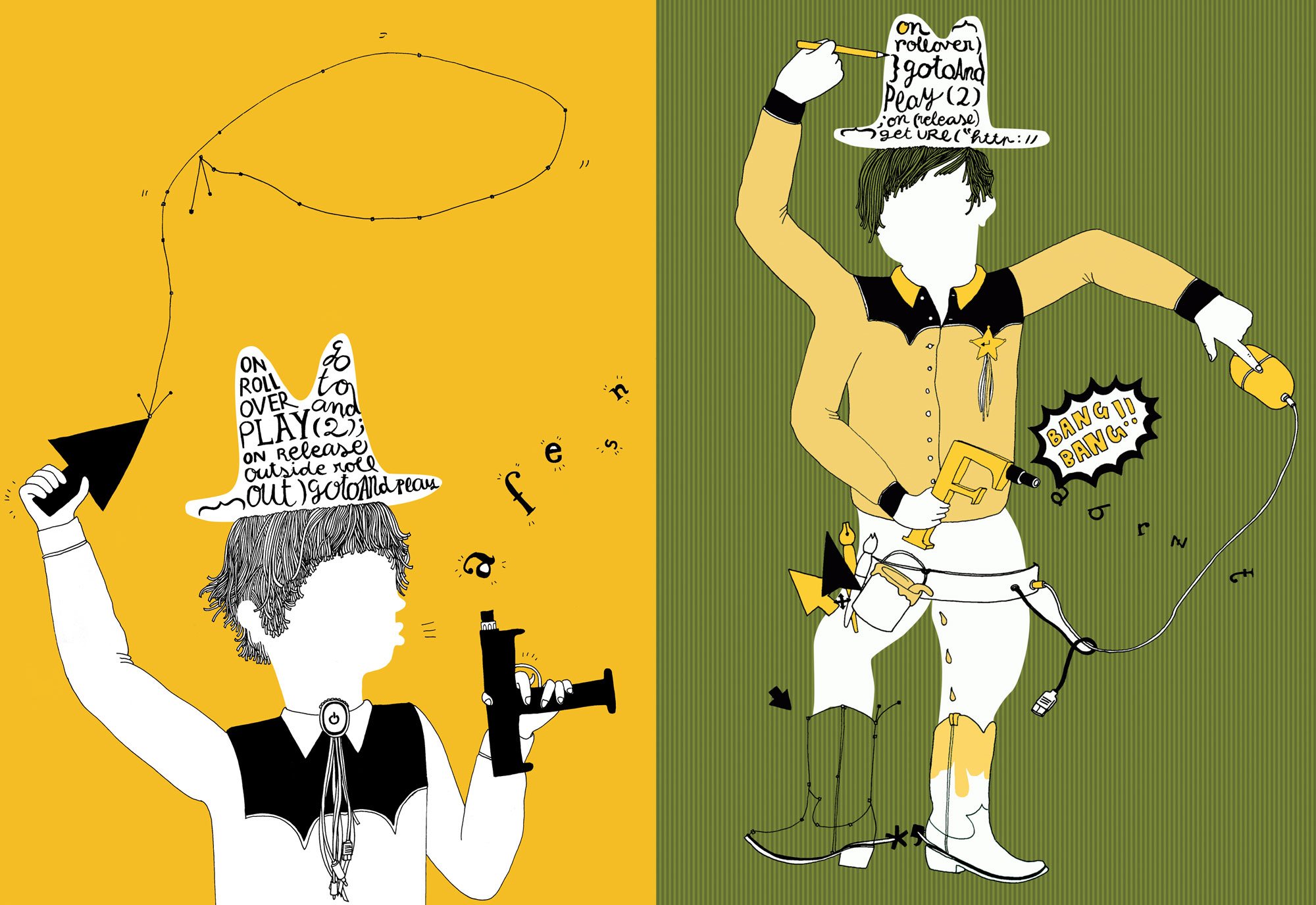 Graphic Cowboy, commissioned by Virgin Media, got a Bronze in the New Media category of Images 33, the annual showcase of the Best of British Illustration. The Award Ceremony, inaugural exhibition and book launch were held at the London College of Communication. These were followed by a national tour in different venues across the UK.

The cowboy reflects on the everyday reality of a digital designer/developer. The brief was to demonstrate, in one drawing, all the different aspects of the field: the creativity, the necessary grasp of technology as well as general everyday duties. Bringing these qualities together, the artwork highlights confidence and sense of adventure, bringing out the potential of the role.

This project was truly significant in the development of my illustration style. Working closely with the art director at Virgin Media, I was encouraged to dive into the conceptual side of the creative process over and over again, which allowed me to reach new doors in my imagination. I discovered and developed the power of visual metaphors. Soon after receiving the Best of British Illustration Award, I was commissioned by Draft FCB to work on a massive press campaign for Savanna Cidre.

See images of the Graphic Cowboy featured in the book and the exhibition, and below, some of the other artworks that form the series. 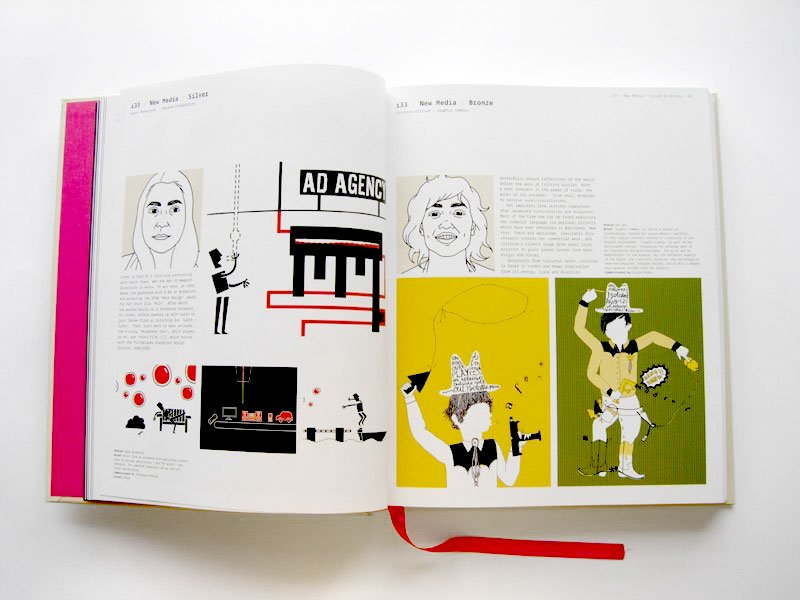 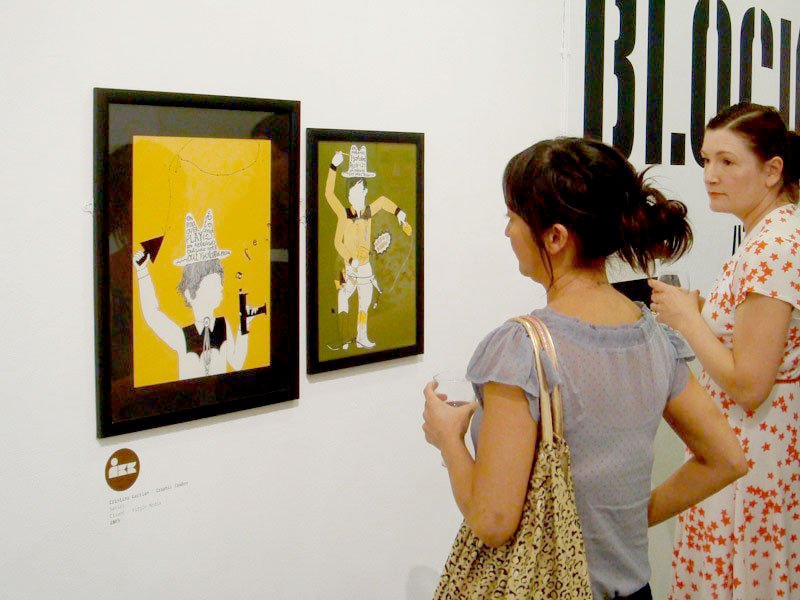 Teddy invasion
Headspace for The Guardian