Stupid Ways to Work is a protest campaign against London transport, it depicted the absurd ways people would have to get to work if train services were cut. The 3 posters were commissioned by Jonathan Lee, a train user commuting from Kent to London. Hearing news of a potential train cut, he decided to raise awareness of this issue by using his imagination. So he commissioned my illustrations to bring his impossible machines to live.

We first started by illustrating the Centipedal, a 100 seat bicycle; then came the Circumnavigator, a massive wheel moved by little characters and mechanisms; and the last was the Commuterpault, a catapult for the train carriages to be sent in the air… I was given the titles of the modes of transport and asked to run free with my imagination and visualise this utopian London transport in a quirky and irreverent style. 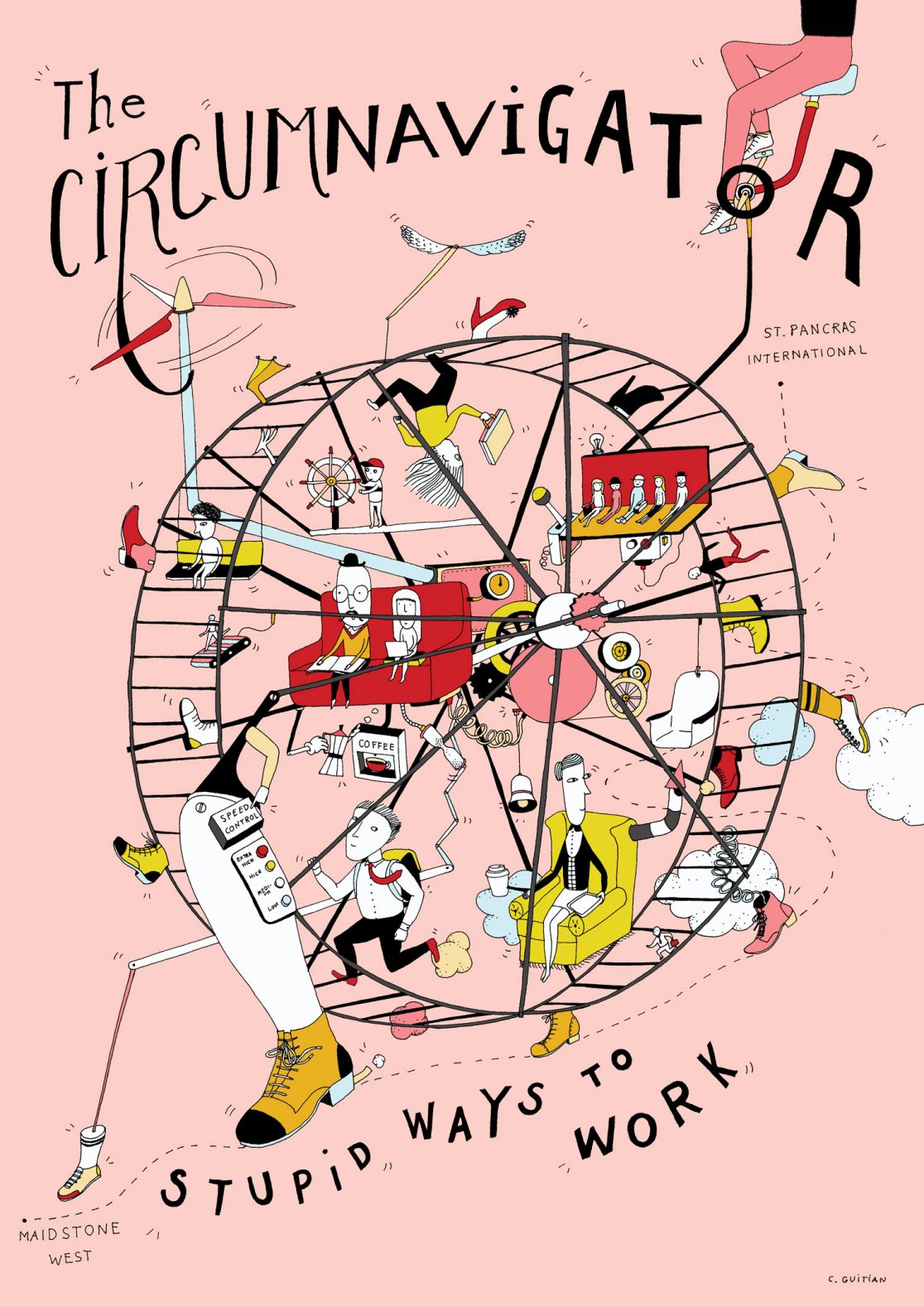 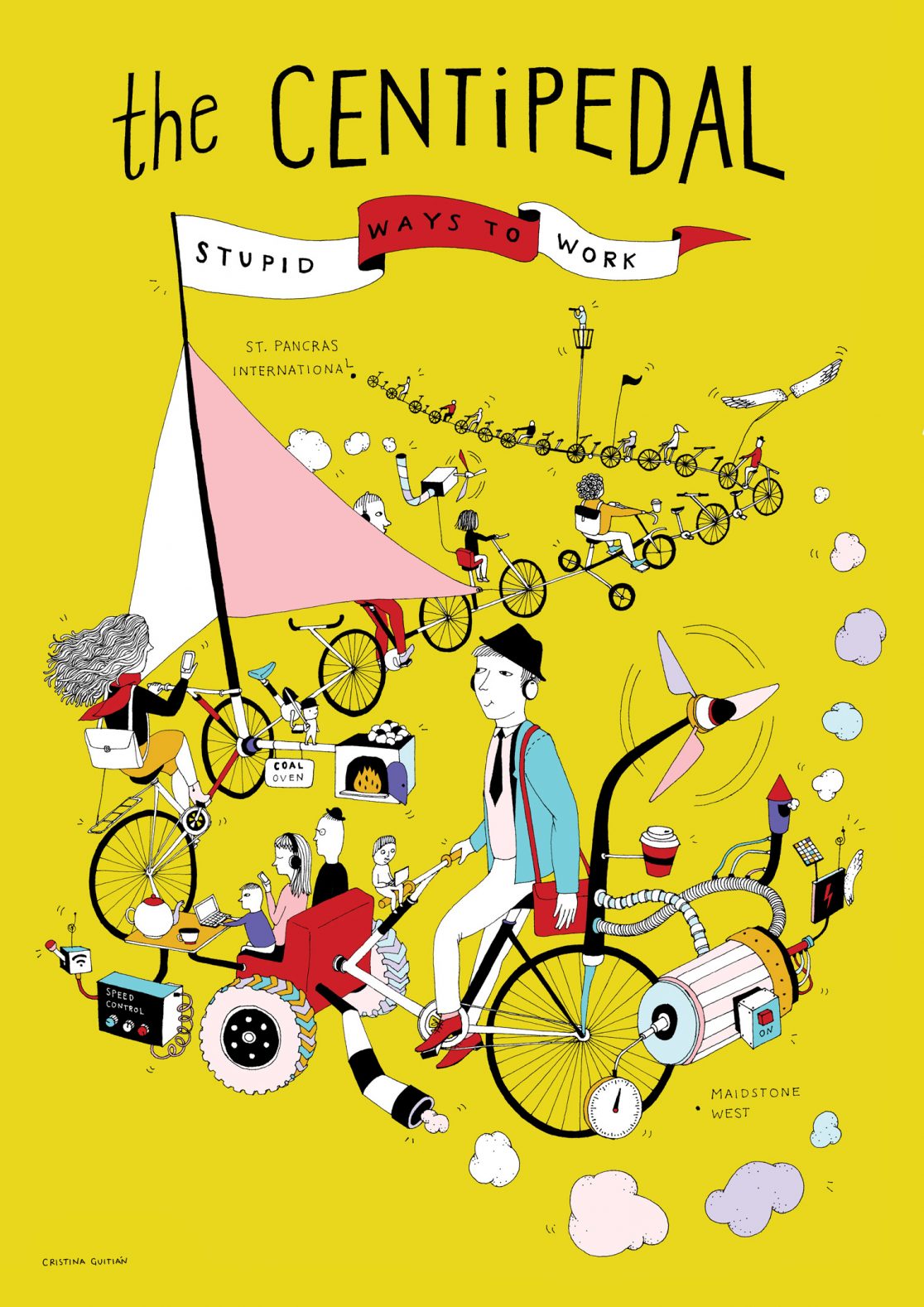 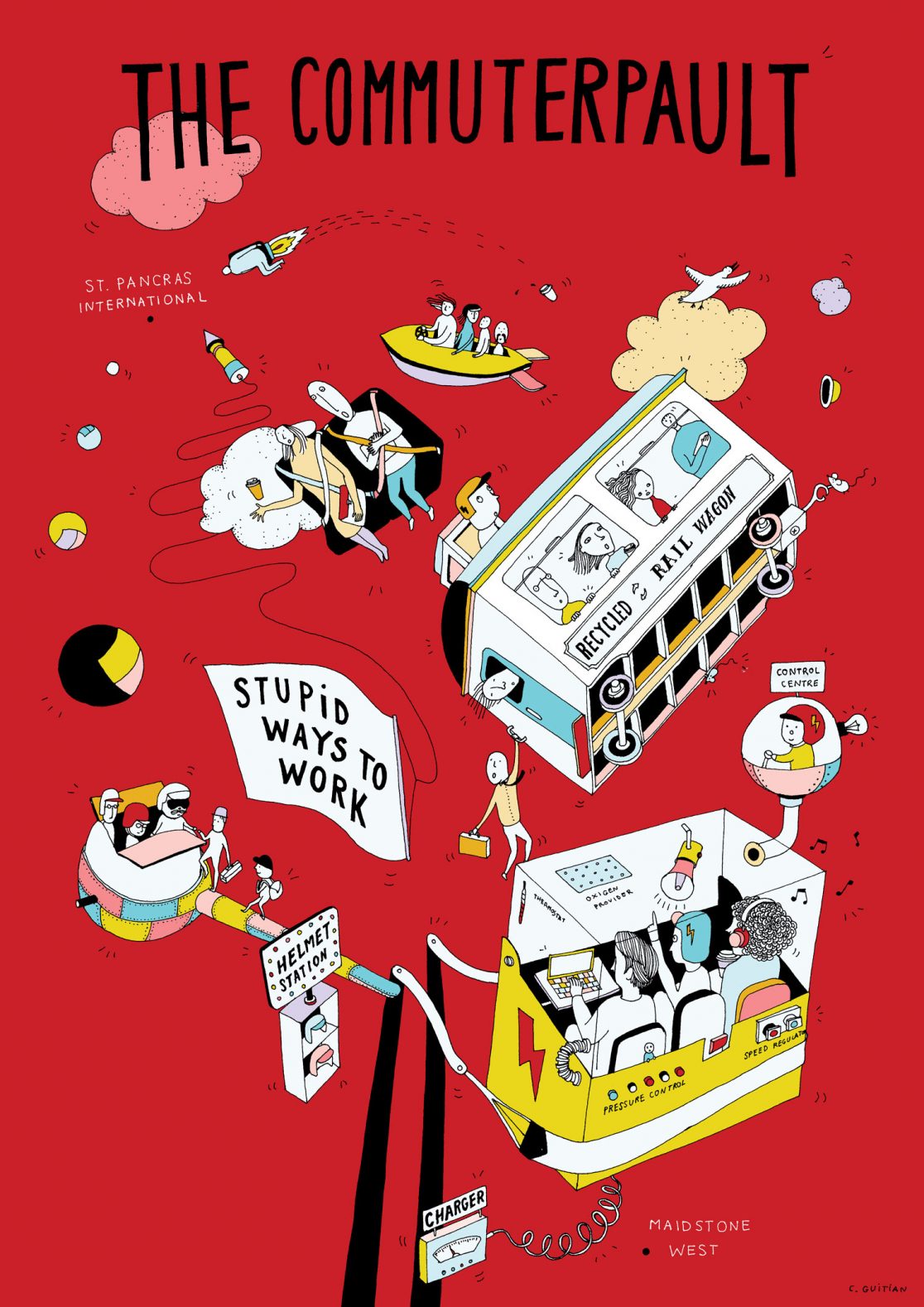