YMCA, Graffiti in a Gym

YMCA Graffiti came to life as part of an initiative called Micro-provocations, commissioned by Architecture 00 and Central YMCA. With wellbeing as the central subject, 12 artists were invited to create art interventions at the YMCA Club. The brief was to provoke people to think about wellbeing in a different way. The artworks would enable people to allow new ways of thinking.

I painted ‘graffiti’ across the glass and mirror surfaces of the gym. I combined poetic illustrations and text. YMCA Graffiti invites the viewer to consider and reconsider issues about their heart, body, dreams and emotions. I mainly painted on mirrors and glass surfaces. So the works could be temporary and I could add and alter them regularly. Users could interact with my drawings in the mirror while they were working out or when resting. Some pieces were placed in areas where people were walking by, on doors, windows and corridors.

Following the intervention in the gym I created a series of artworks on paper. They were printed as postcards, so the members could take some of the messages from the wall to their own homes. The following year the YMCA commissioned a 7 m long mural for the Club. 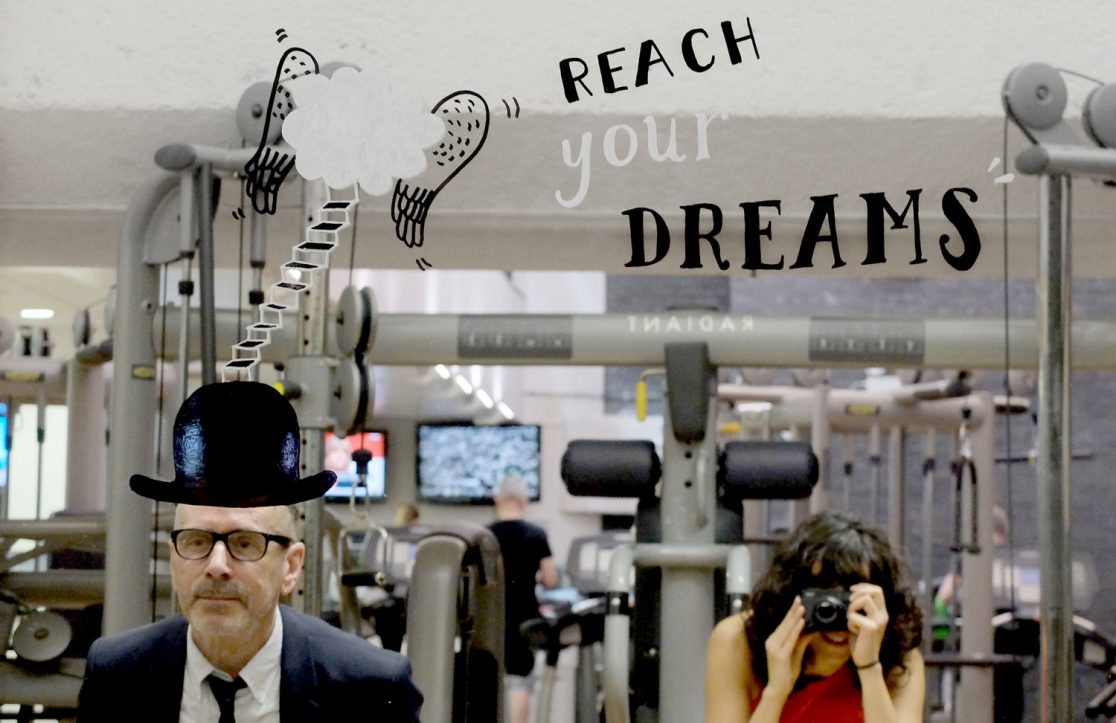 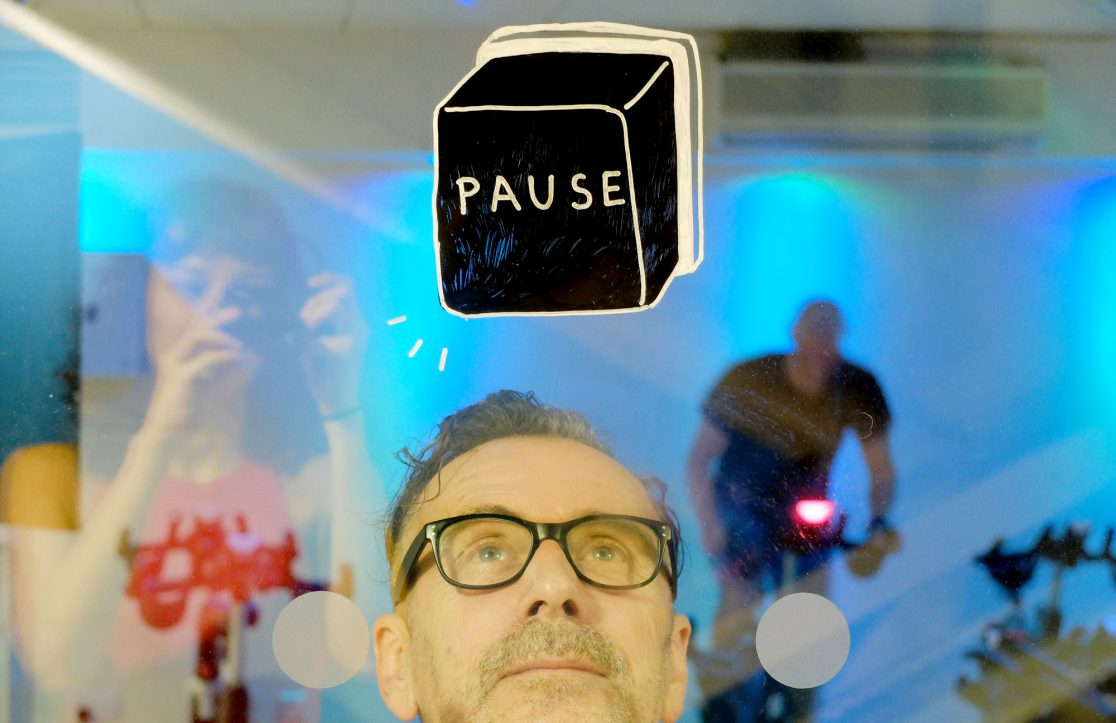 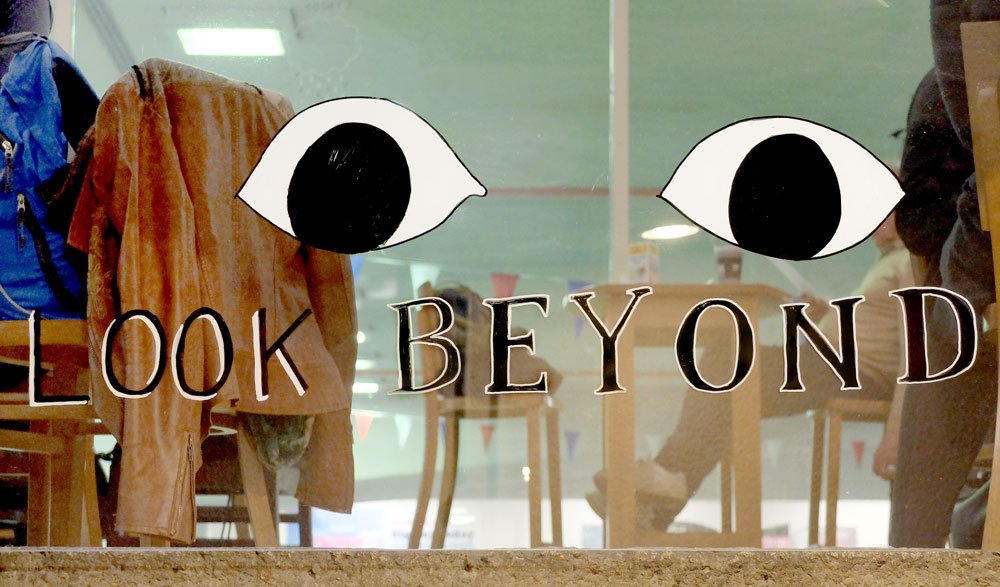 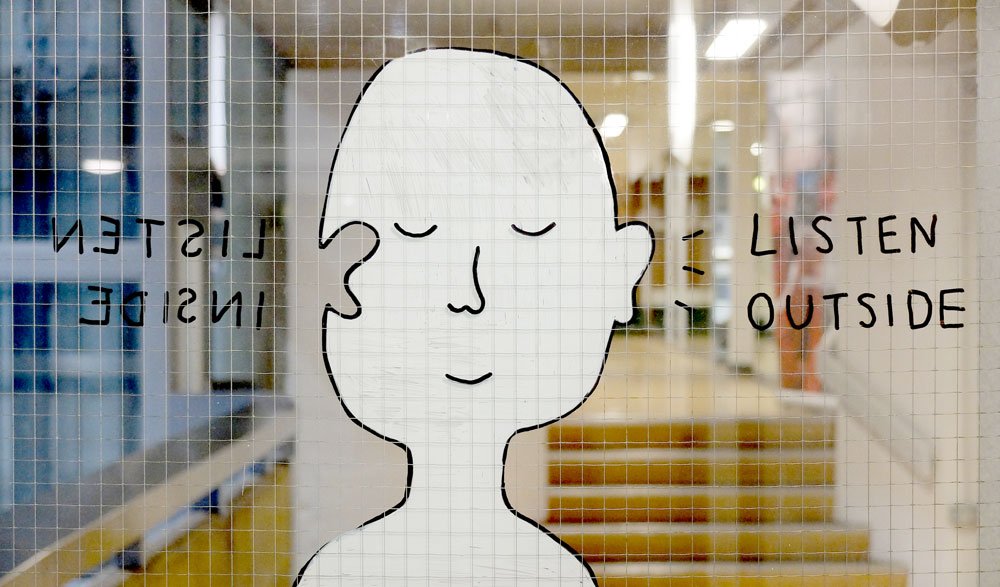 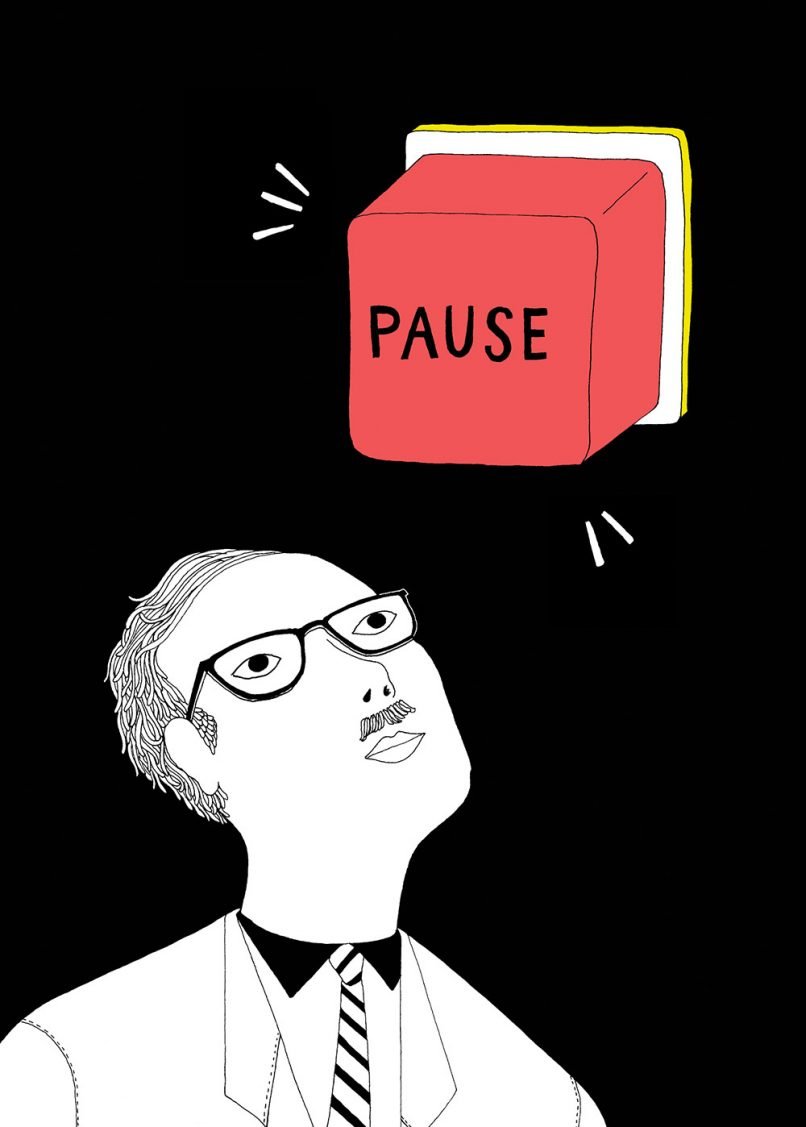 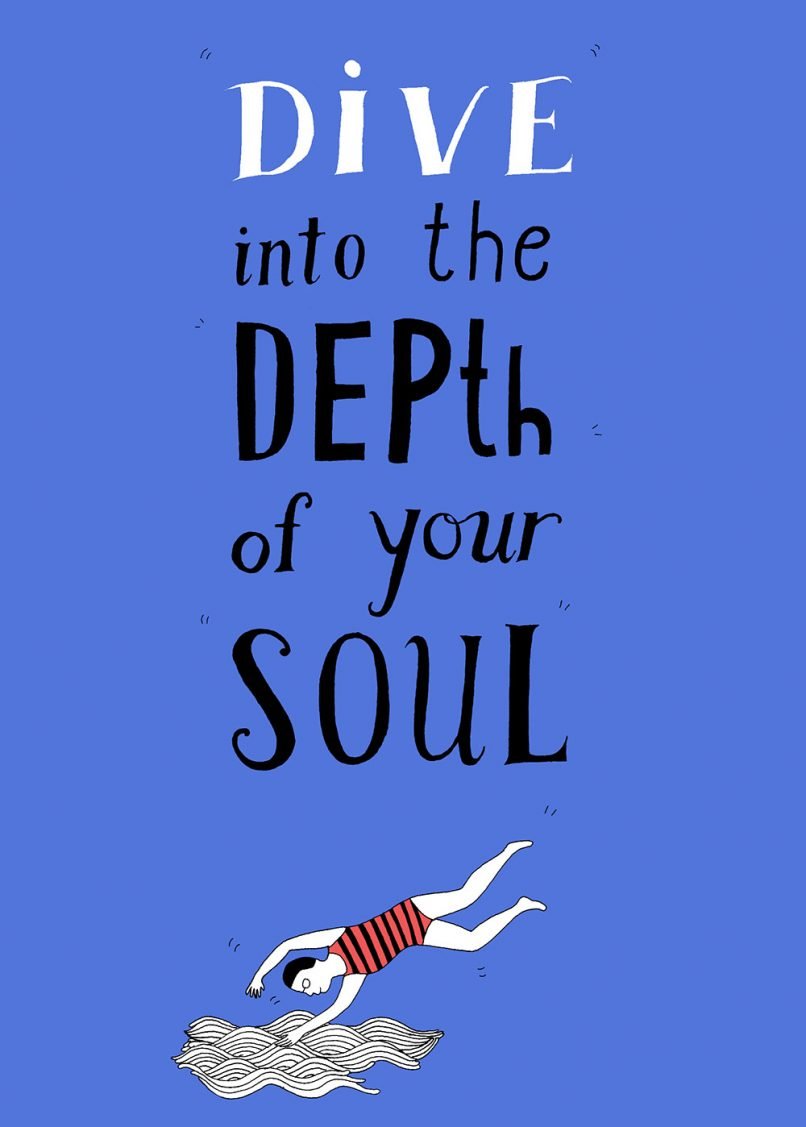